Volleyball camps are a great way to get reps, work on skills and learn from the best in a fun and engaging setting. They are also a great professional source to meet coaches, current players and sometimes former professional volleyball players.

Most camps are for players who are younger and in school, though there are some adult clinics as well for adults looking to perfect their passes or spice up their spikes.

Most camps happen over the summer, so you won’t have to worry about them interfering with school, and they range from just day-long camps to multi-day, sleepaway camps. You can never play too much volleyball!

Whether you’re looking to get scouted or you’re just looking to improve your game, volleyball camps are a great option to check out.

Still, different players require different camps, so we broke down what you should consider when picking a volleyball camp this summer, whether you’re a beginner, beach player or college prospect.

If you’re a beginner or you have a little one who is a beginner, then volleyball camps are a great way to introduce them to the game. The coaches at these camps are able to provide a safe and fun space filled with players at their same skill level.

For beginners and younger players, you should consider these three things when picking out a volleyball camp:

All Skills Camps vs. Position Camps

With indoor volleyball camps, the university or organization putting on the camp will typically give you different options for different skill levels ranging from beginner to advanced.

But another common camp is called an all skills camp, where the player will participate in a low-stakes tryout and coaches will place the player in the appropriate group based on their skill level. These camps are great for players just starting out because they are able to practice every skill intently instead of sticking to one position.

Position camps are great as players grow older and start to know what position they want to play. These camps can help players hone in on specific skills needed for their positions, but for beginners, it might be best to go with an all skills camp to let them try their hand at everything, so they can find out what they like best.

Day camps are a great way to get started because you don’t have to spend the night away from home if you’re younger and you’re not pushing your body for hours on end. These types of camps are great for the players who want to get the same results of an intensive sleepaway camp without having to travel too far.

If your young player wants some time away from home, lots of universities do sleepaway camps where the players get to stay in the dorms for a couple of days, eat in the dining halls and play volleyball all day. A dream for the kids wanting more freedom and for the parents who want a little time to themselves.

As a beginner, you should look for camps that are teaching the basics because volleyball is a very technical sport and without the basics, this fun game can easily become very frustrating.

Remember, these camps are meant to be fun and introduce young players to the game. They aren’t for long, hard training sessions or drills that are too advanced, which will ultimately make the beginner feel uncomfortable and lose interest in the sport. 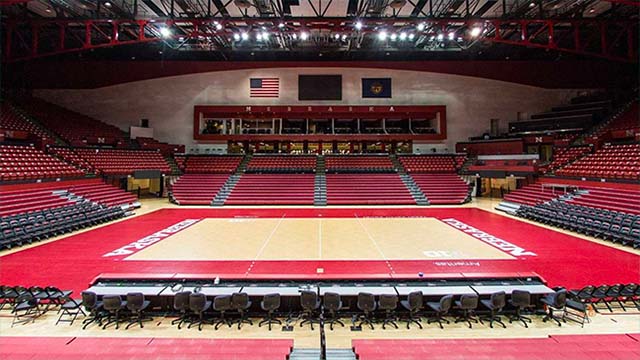 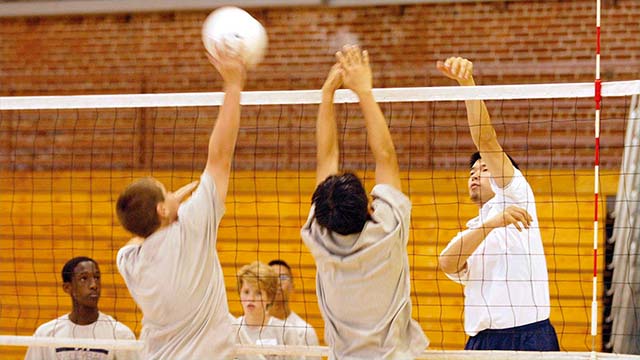 If you’re looking at improving your beach game, then there are a lot of options to choose from. Similar to indoor, beach volleyball camps will typically provide camps for all skill levels from beginner to advanced.

Here are some things to consider when looking at different beach camps:

Traveling vs. Staying Close to Home

These camps might be a great chance to travel because you can hit up the coasts playing on the sandy beaches of California or the comfortable coastline of North Carolina. Traveling may also give you the chance to play at some colleges with state-of-the-art beach facilities which is great for the players coming from rural farm towns.

But if you want to save some money and stay local, lots of cities and towns have access to sand courts that you can utilize. But make sure you look at reviews of these volleyball camps and do your research to make sure you’re getting the best coaching available.

This may seem like a silly thing to point out, but you can never be too cautious. Since beach volleyball has completely different rules than indoor, it’s a good idea to seek out a camp dedicated specifically to beach volleyball.

Though, if you’re an indoor player looking to crosstrain in the sand and have fun in the sun, this could be a great option for that too. Jumping to attack a ball on hard court hits different after training in the thick sand for a couple of days.

There are even beach volleyball camps and clinics for adult players, so you don’t even have to be in school to take advantage of these great camps. Sign up today and you’ll be the envy of your Thursday night beer league at home. 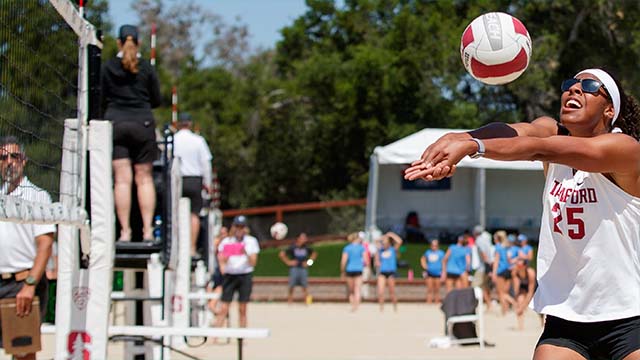 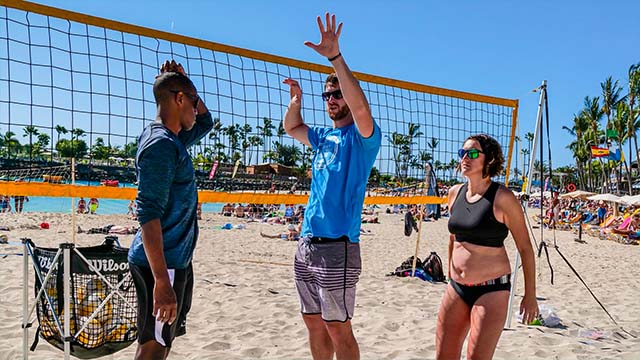 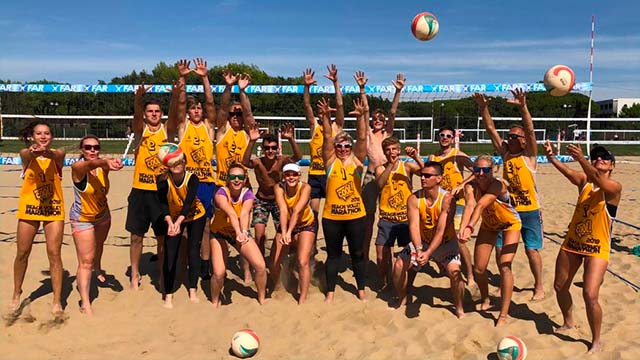 Volleyball Camps for Players Looking to Play in College

If you’re not part of a well-known, national club volleyball team, or if you’re just looking for extra exposure, then volleyball camps are a great way to show off your skills to college coaches.

Here are a couple of things to consider when picking this type of camp:

Pick out a school, or a few, that you would want to attend, schedule yourself for a camp and then email the coaches and / or reach out to current players to let them know you’re coming. In addition to getting a feel for the team, you will also get a feel for the actual school just being on campus, so this is a great trial run for some of your dream universities.

Making these connections early is a great way to get your foot in the door. Even if you’re only a freshman or sophomore in high school, just getting your name out there can only help. And the most important step is keeping those connections in the form of email updates, following players on social media and making comments or even sending coaches season highlights throughout the year.

With volleyball, there aren’t a whole lot of opportunities to showcase your skills without being in a large tournament setting with tons of players.

So when you’re looking at a camp, look for camps that have low coach-to-player ratios because this will allow groups to be smaller and quality time with coaches and college athletes easier to come by. These camps allow for more one-on-one time with coaches with the ability to ask them questions and hear their feedback.

This is especially helpful if you don’t belong to a nationally known club or high school team, or if you grew up in a more rural area.

Elite camps are made for advanced players looking to hone all their skills in the elite all skills camps or just in their position in elite position camps. There will be harder drills, more feedback and more competition.

This is a fun way to get some more practice before freshman and sophomore year of high school because most colleges and universities can’t even start recruiting until sophomore year. But this way you can showcase your skills and make connections without too much pressure.

With college prep camps, it’s exactly like it sounds: camps for players looking to play in college. Universities will typically structure these camps to look like a day in the life of a college athlete, with the players staying in the dorms, running through team drills and getting to know the culture of the team.

Like stated above, this is a great way to give your dream school a test run and give you a feeling for what being a college athlete is like. 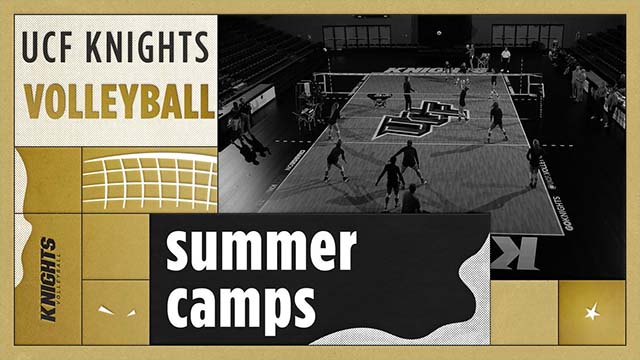 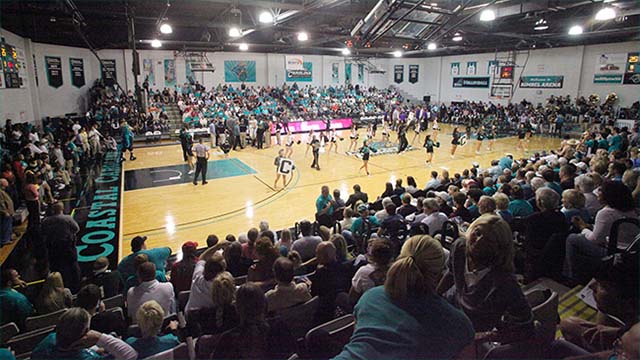 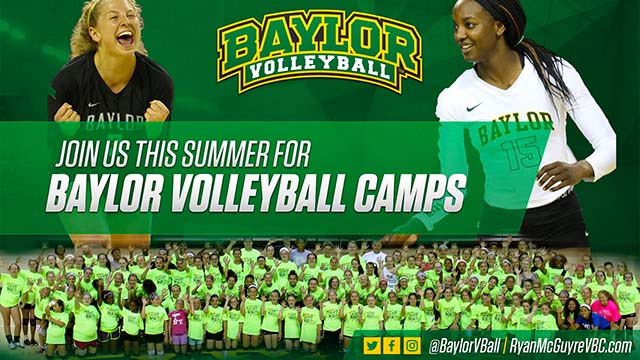 So ultimately, why should you go to a volleyball camp? Besides the fact you can improve your skills tremendously in such a short amount of time, they are also a great way to meet new friends and have a blast during the summer playing the sport you love.