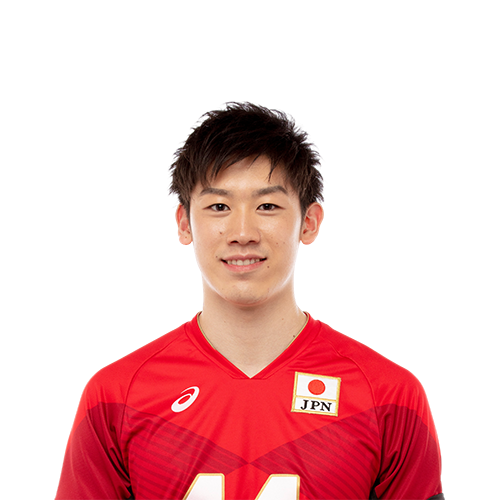 Yuki Ishikawa is a Japanese international volleyball player. His position is Outside Hitter, where he has found fame in part for his vertical leap height, reaching a peak of 355cm on his spike. Born in Aichi in 1995, Ishikawa experienced early volleyball success when he was part of his school team, Seijo, in Tokyo. His team won several tournaments and Ishikawa was selected for the 2012 Asian Youth Championships in Iran. Japan won the bronze medal and Ishikawa was the tournament’s top scorer.

It didn’t take Yuki Ishikawa long to make his senior debut after that, competing for Japan at the 2014 Asian Games. At the age of just 18, he was the youngest senior international in Japanese history, and the team won the silver medal behind Iran. But it wasn’t his international debut that turned the most heads. Instead, it was Ishikawa’s decision to move to Italy for his first professional contract at Parmareggio Modena. After a year, he returned to Japan to enrol at Chuo University, but he also played for Top Volley Latina as an exchange student for three seasons.

During this time, he also continued to represent Japan with great aplomb, finishing the 2015 FIVB Volleyball Men’s World Cup as 4th best spiker, 6th best scorer and 2nd best outside spiker, as Japan finished 6th. Then, in 2017, he tasted gold with the national team at the 2017 Asian Games. Ishikawa was also named the best outside spiker and the tournament MVP.

In 2018, Yuki Ishikawa moved to Emma Villas Siena, then on to Kioene Padova for the 2019 – 20 season. And in 2019, Japan finished 4th at the FIVB Volleyball Men’s World Cup – their best result for nearly 30 years. Again, Ishikawa’s performances shone, and he was named the 2nd best outside spiker behind Polish star Wilfredo Leon.

Now, with Japan having automatically qualified for the delayed Tokyo Olympics in 2021, Yuki Ishikawa has his sights firmly set on more silverware. It will be a tall order; Japan have not been on the Olympic podium since they won gold in the 1972 Munich Olympics. But following their 4th place finish at the 2019 World Cup, and the continued excellence of Ishikawa as their star player and vertical leaper extraordinaire, there is certainly cause for optimism in Japan.