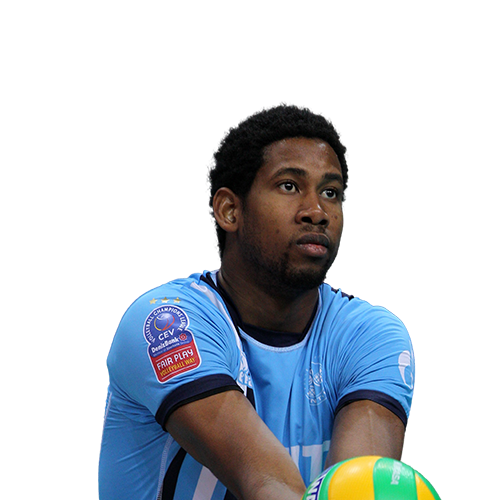 Wilfredo Leon was born in 1993 in Santiago de Cuba. A sporting talent from a very young age, he started playing for local team Capitalinos in 2005 and two years later, at the age of 14, was called up to play for the Cuban national team. His impact was immediate as Cuba narrowly missed out on the bronze medal at the 2009 FIVB Volleyball World League. Leon was named Best Server, despite being only 15 years old. Cuba then went on to win the 2009 NORCECA Volleyball Championship, beating the United States in the final. Leon won Best Spiker, the Rising Star award, and the MVP award and the Cuban team went on to win the silver medal in the subsequent 2009 Grand Champions Cup, only losing one game in the tournament – 3-2, to Brazil the eventual winners.

After two Cuban Championship titles with Capitalinos, Wilfredo Leon moved to Orientales de Santiago, winning the Cuban Championship once again. But it was internationally where Leon continued to experience success with a silver medal at the FIVB World Championships, the 2011 NORCECA Championship gold medal, the 2011 Pan American Games silver medal and a bronze medal in the 2012 FIVB World League. During this time, he won one MVP award, one Best Spiker award, and one Best Scorer award, bringing his international medal tally to six before his 19th birthday. He also became the youngest captain in the history of the Cuban national team in 2010, at the age of 17.

Kazan and Escape from Cuba

In 2013, still only 20 years old, Wilfredo Leon fled Cuba along with teammate Yoandri Diaz. In later interviews, he explained that he knew he needed to move abroad to test himself at international level, but that he also left Cuba so he could be with his Polish girlfriend. He also talked at length about inadequate treatment for injuries and harsh training conditions. He was signed by Zenit Kazan, one of the top sides in the Russian Super League. It proved a match made in heaven, as Kazan went on to utterly dominate the domestic and European game in an unbelievable run. With Leon one of their best players, Zenit Kazan won the Russian Super League, Russian Cup, and the Russian SuperCup four years in a row from 2015 to 2018. During this time, the side also won four consecutive CEV Champions League titles and came runners-up in the FIVB Club World Championship twice, winning once in 2017. In the Champions League, Wilfredo Leon won Best Outside Spiker each of the four title-winning years and was named MVP twice.

Success in Italy and a New International Career

In 2018, Wilfredo Leon left Zenit Kazan and moved to Italy to play for Sir Sicoma Colussi Perugia. Once again, he experienced success with gold medals at the Coppa Italia and the Supercoppa Italia, both in 2019. Meanwhile, having completed his 4-year residency in July 2019, Leon became eligible to play for the Polish national team. At the 2019 Men’s European Volleyball Championship, Poland won the bronze medal and Wilfredo Leon was named one of the two best outside spikers. Then, at the 2019 FIVB Volleyball Men’s World Cup, the side went one better, winning the silver medal behind winners Brazil. Again, Leon was named one of the two best outside spikers, securing his reputation as the best player in the world in that position.
With Poland having qualified for the Olympic Volleyball tournament in Tokyo as one of the favourites, it may only be a matter of time before Wilfredo Leon adds an Olympic medal to his already impressive haul.

One of the main reasons that Wilfredo Leon decided to leave Cuba was so that he could be with his girlfriend, Malgorzata. They are now married and have two children with Polish nationality. Wilfredo Leon’s net worth is estimated by some sources to be upwards of $10 million, and there were reports of him taking home a salary of over $1 million a year when he played at Zenit Kazan. If true, it would make him one of the highest paid volleyball players of all time.